One is tempted to eulogise about John Maxwell-Steele's painting without end, but essentially these are the artist's emotive response to landscape, his poetry, if you like, through which he attempts to trigger a response in the viewer, to share in his passion.

The beauty here is that the viewer is free to interpret the paintings themselves.  Of course it is tempting to search for influences or to bracket his work into one pigeon hole or another.  Is this impressionism, abstraction (after all it is non-representational), or some other ism?  For the most part these paintings are linear in structure which allows great scope for an artist.  Paul Nash exploited this linear plane in his 'Winter Sea' now in the York City Art Gallery and Bomberg used it in his Bideford Bay, 1946 in the Laing, but perhaps it has a closer affinity to that of the work of Len Tabner and David Tress.  But all this is academic, Maxwell Steele's work stands on its own merit.  It has strength and beauty and great appeal and we hope you find it as exciting as we do.

John Maxwell-Steele was born in Birmingham in the sixties and first studied Visual Communications at Solihull College of Art in the early eighties.  In 2002 he completed a post-graduate Fine Art degree at Birmingham University.  He began exhibiting in 2004 and in 2007 exhibited at the Birmingham Museum and Art gallery.  Since then he has continued to evolve his practice achieving recognition through solo and group shows.

"The landscape is my subject - mostly places I know well and visit over and over again - certain areas of coast or moorland. My aim is to convey my feelings and a sense of awareness of time passing in that particular environment. My paintings focus on the territory between the intensely substantial and the capriciousness of dream-state. The resulting work fossilises gossamer light layers of time into a richly sedimented emotional landscape." 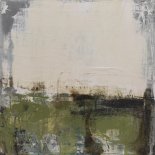 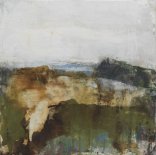 Mixed media on board 75 x 75 cm
Add to Wishlist

Mixed media on board 75 x 75 cm
Add to Wishlist

Mixed media on board 90 x 90 cm
Add to Wishlist 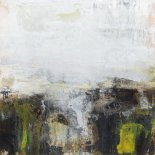 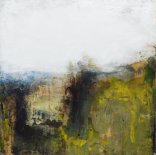 Mixed media on board 87 x 87 cm
£3,250
Enquire about this item
Add to Wishlist
Join Our Mailing List